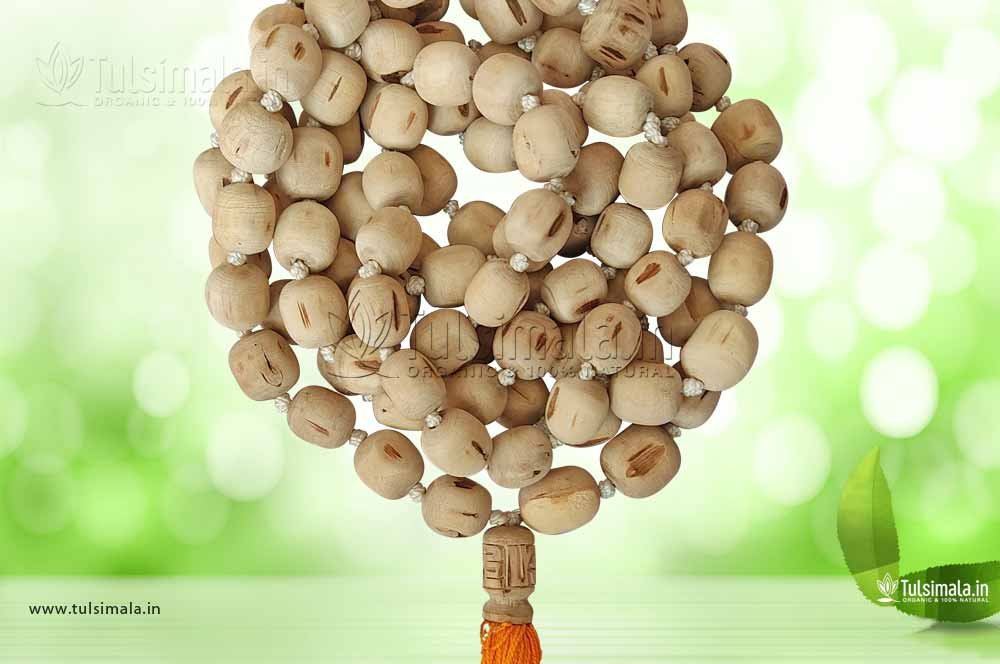 But we are offering obeisances to the relative truth. Relative truth means... That has been explained here that tejo-vāri-mṛdāṁ yathā vinimayo yatra tri-sargo 'mṛṣā. We are offering obeisances to a temporary manifestation of tejo-vāri-mṛdāṁ vinimayaḥ. Tejaḥ means fire, vāri means water, and mṛt means earth. So you take earth, mix with water, and put it into fire. Then grind it, so it becomes mortar and the brick, and you prepare a very big skyscraper and offer obeisances there. Yes. "Oh, such a big house, mine." Tri-sargo 'mṛṣā.

But there is another place: dhāmnā svena nirasta-kuhakam. We are offering here obeisances to the bricks, stone, iron. Just like in your country especially—in all Western countries—there are so many statues. The same thing, tejo-vāri-mṛdāṁ vinimayaḥ. But when we install Deity, actually the form, eternal form of Kṛṣṇa, nobody offers obeisances. They'll go to offer obeisances to the dead. Just like in British Museum: they are standing in queue to offer obeisances to a dead body. It has no value, but they are wasting time there. But here, if they are invited, "Oh, they are worshiping idol. Why shall I go? Why shall I go there?" This is called illusion. They are actually doing that, obeisances, but not to the Supreme Personality of Godhead.

Vyāsadeva says that "I offer my obeisances to the Supreme Absolute Truth." Satyaṁ paraṁ dhīmahi [SB 1.1.1]. There is no more truth beyond that. And as Kṛṣṇa says in the Bhagavad-gītā, mattaḥ parataraṁ nānyat kiñcid asti dhanañjaya [Bg. 7.7]. Mattaḥ, "Beyond Me there is no more superior power." Mattaḥ parataraṁ na anyat. So Vyāsadeva is offering his obeisances to the person above whom there is nobody. God means controller, I have several times explained. But here in our experience we see that one controller is controlled by another controller. Nobody is absolute controller. Therefore nobody is Absolute Truth. But there is..., there must be the Absolute Truth. Janmādy asya yataḥ [SB 1.1.1], as it has begun, "the source of all emanations."

Now, what is that source of emanation? What is the nature? One has to accept the cause and effect. As we have got experience, in everything there is a cause and the effect. So the supreme cause, supreme cause means who has no more cause—sarva-kāraṇa-kāraṇam [Bs. 5.1]. I am caused by my father, my father is caused by his father. His father, his father..., go on making research, who is the ultimate father. When you come... There must be some ultimate father.

Just like I have my father, my father has got father, his father... We can see up to two, three generation upwards, and beyond that, we cannot see. That does not mean that the great-grandfather had no father. There must have been some father. Is it very unreasonable? Anyone can understand. Although I cannot see with my limited potency, but with my knowledge, reasonable knowledge, I can understand that either he may be great-grandfather or above that, above that, he must have some father.

So Lord Brahmā is called therefore pitāmaha, "grandfather," because he is the original father within this universe. He is the first created being, and he begot so many children. So all the living entities, they are born of Brahmā. He is called sṛṣṭi-kartā. Sṛṣṭi-kartā means "the creator of this universe." And there are innumerable universes. In each universe there is one Brahmā, and all these Brahmās are also created by Garbhodakaśāyī Viṣṇu. Therefore viṣṇu-tattva is the Absolute Truth. Now it will be explained in the purport.

Pradyumna: Shall I take up where we left off yesterday?

Pradyumna: "Śrī Vyāsadeva asserts herein that Śrī Kṛṣṇa is the original Personality of Godhead, and all others are His direct or indirect plenary portions or portion of the portion. Śrīla Jīva Gosvāmī has even more explicitly explained the subject matter in his Kṛṣṇa Sandarbha, and Brahmā, the original living being..."

Pradyumna: "And Brahmā, the original living being, has explained the subject of Śrī Kṛṣṇa substantially in his treatise named Brahma-saṁhitā. In the Sāma-veda Upaniṣad it is also stated that Lord Śrī Kṛṣṇa is the divine son of Devakī."

Prabhupāda: Some of the foolish scholars, they say that Kṛṣṇa was a, I mean to say, powerful..., what is called? Aborigine. And the Kṛṣṇa worshipers have taken Him because He was very powerful. Kṛṣṇa is always powerful. But they have misinterpreted in this way. Kṛṣṇa is mentioned in the Vedas. Just like these books, Brahma-saṁhitā. Brahma-saṁhitā is only description of Kṛṣṇa, and this book was composed by Lord Brahmā. Nobody knows how many millions of years ago this book was composed, but we understand that it was composed by Brahmā on the authority of Śrī Caitanya Mahāprabhu.

Our process is to take knowledge from the authority. We don't bother whether Brahma-saṁhitā was actually written by Brahmā or not. The so-called scholars and anthropologists and—what is called?—archaeologists, they may go on talking, but we have got a very nice process: to receive knowledge through paramparā system, Vedic succession, disciplic succession.

So Caitanya Mahāprabhu, when He was traveling in the southern part of India, South India, Ādikeśava Mandira, there was a temple. Still that temple is there. He found out this Brahma-saṁhitā in handwritten. Formerly, there was no printing press, so any important Vedic literature was being copied. Suppose you have got some copy. I want it, so I borrow from you the book, and I copy in my handwriting or I engage somebody who has got good handwriting. In this way, in Vṛndāvana, still there are so many handmade, handwritten literatures.

So Caitanya Mahāprabhu gives reference of Śrīmad-Bhāgavatam with Brahma-saṁhitā. That means Śrīmad-Bhāgavatam also is eternal. They are not man-made, manufactured books. The Vedic literature means, as it is stated in this verse, tene brahma hṛdā. Brahma means Vedic literature, śabda-brahma. So He distributed the... Vāsudeva, original person, Absolute Truth, He, I mean to say, transferred this Vedic knowledge. Tene brahma hṛdā.

So this Brahma-saṁhitā was written by Lord Brahmā, and in Brahma-saṁhitā the name of Kṛṣṇa is there. Īśvaraḥ paramaḥ kṛṣṇaḥ [Bs. 5.1], beginning. That is the fifth chapter. There were hundred chapters. Only fifth chapter is available. So in the beginning of that fifth chapter, Brahmā says, īśvaraḥ paramaḥ kṛṣṇaḥ sac-cid-ānanda-vigrahaḥ [Bs. 5.1]. So how these rascals can conclude that Kṛṣṇa was liv..., some years, some hundred or five hundred years ago there was a beel[?] boy, he was very powerful.

So in this way, these rascal so-called scholars, they are misleaded public. Therefore we call them simply rascals. They do not know what is the truth, and still, they write books, they write commentaries unauthorizedly and mislead public. This is going on. Kṛṣṇa is not manufactured. In the Brahma-saṁhitā there is complete description of Kṛṣṇa:

Vedānta-sūtra says, "The Absolute Truth is that which is the origin, original cause." Original cause. The scientists, they are trying to find out the original cause of creation, but they are creating their own imagination. "There was a chunk, and it burst out, and then planets came out." Like that. [laughter] And wherefrom this chunk came, you nonsense? So this is going on.

So if you actually want knowledge, then you have to take knowledge by this disciplic succession. Because you cannot speculate. By speculation, you can never arrive to the Absolute Truth. That is not possible.

Ciraṁ vicinvan. Ciram means perpetually you can speculate, but you cannot understand what is God. That is not possible. You have to know God from a person who knows God or God personally. Just like Kṛṣṇa. Kṛṣṇa's name is mentioned in the Bhāgavata..., Brahma-saṁhitā. That means Brahmā knew Kṛṣṇa. That means Kṛṣṇa was before Brahmā's birth, original. Aham evāsam agre. Before creation, Kṛṣṇa was. Not that Kṛṣṇa is a product of this material creation.

So when there was no material creation, Kṛṣṇa was there. Therefore His body is not... Therefore Kṛṣṇa says in the Bhagavad-gītā, janma karma ajo 'pi san avyayātmā: "I am unborn," avyayātmā, "eternal body; still, I take birth." Bhūtānām īśvaro 'pi san: "I am the Lord of everyone; still, I appear." These things are to be understood. And if we can understand Kṛṣṇa, janma karma me divyam.

Even Śaṅkarācārya, the impersonalist, he says, nārāyaṇa paraḥ avyaktāt: "Nārāyaṇa is beyond this material creation." Avyakta. Avyakta means there is a total stock of material elements beyond this universe. There are so many things to be learned. This universe we see just like a ball, and this ball is covered by layers of water, fire, air, earth, like that. Circling. And each layer is ten times bigger than the previous layer. In this way the universe is covered.

And beyond that covering, there is another sky. We are prisoned here within this universe. We are thinking that we are very free to move in the sky with, what is called, sputniks. But you cannot go beyond your limitation. That is not possible. They are going to the moon planet, again coming back. You see?

That is our conditional life, that you are conditioned, packed up under certain regulations. If you violate, then you are punishable. You cannot violate. You have to remain within the conditions of material nature. Daivī hy eṣā guṇamayī mama.

The benefits of Tulsi Japa Mala are Countless

How to Identify Original Tulsi Mala?

How many beads are there in Tulsi mala?