Why are there 108 beads in Tulsi japa mala? Benefits of Tulsi Mala 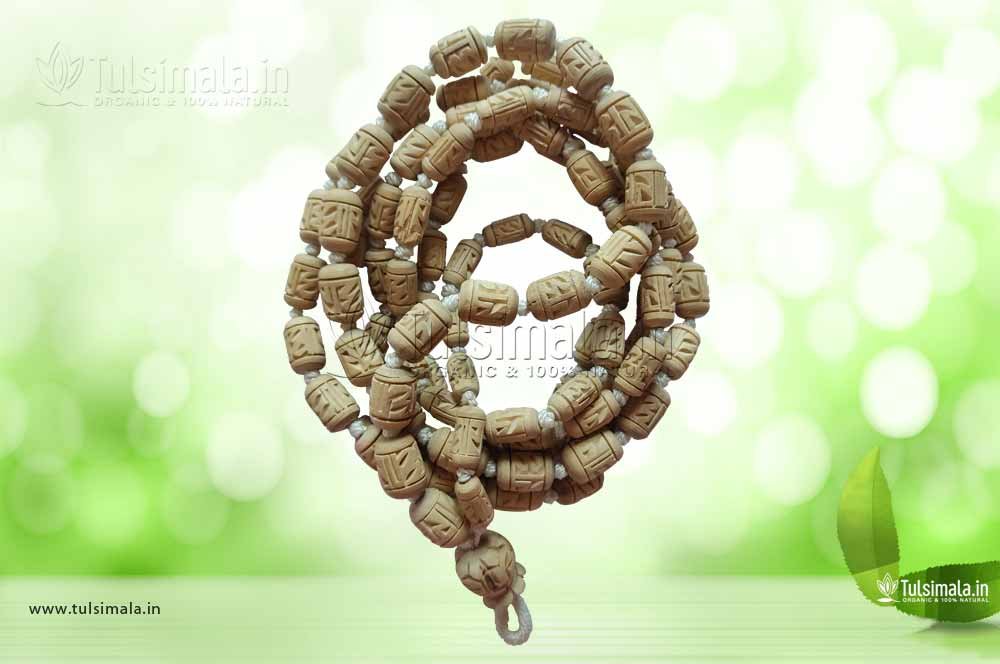 Tulsi is regarded as one of Hinduism's most sacred plants. She is venerated as a deity and is known as Goddess Tulsi. Tulsi plants are grown in households, and women pray to her first thing in the morning.

It is considered auspicious to plant a basil tree in the house's Brahmasthan. It emits divinity into the environment and provides a constant flow of positive energy. The most sacred point in the house is Brahamasthan, which is the precise center of the house. Tulsi is also well-known for its healing properties. Aside from that, Tulsi beads are used to make ‘malas,' which can be worn or utilized for chanting mantras.

Worshippers have to wear a cleaning and holy beaded garland. Buddhists favor the black 'Tulsi mala', which is mostly worn by 'Vishnu' and 'Krishna' worshippers. It's frequently used for meditation and chanting mantras. Tulsi beads are not only therapeutic, but they also aid in the purification of the mind and soul.

The 'Tulsi' plant, which is considered sacred in Hinduism, is worshipped for the well-being of families.

You may readily find a 'Tulsi mala' to wear, but it is recommended that you avoid garlic, onion, and non-vegetarian meals while wearing it to keep its chastity.

Tulsi mala is a popular mala that may be used as both an ornament and a tulsi Japa mala. It has 108 beads plus one guru bead when used as a Japa Mala. Chanting 108 names of a god or 108 times a mantra is symbolised by the 108 beads. The extra bead is included to keep the person performing the enchantment or saadhna from becoming dizzy. The Krishna bead is slightly larger than the rest in the mala and is known as such. Chanting the mantras should begin on one side of the mala, and once all 108 beads have been covered, do not cross over the Krishna bead; instead, begin the next round in the opposite manner.

The Garuda Purana mentions several advantages in this regard. Lord Vishnu and Lord Krishna both love Tulsi, as we all know. Lord Vishnu, according to the Garuda Purana, dwells with the individual who wears Tulsi beads. It further says that the advantages gained from wearing it are a million times greater than those gained from Devta puja, Pitra Puja, or other punya karmas. It also protects the wearer against all the nightmares, terror, weapons, and accidents. Yamaraja, the Lord of Death, sends his representatives to keep a safe distance from that person. It also guards against ghosts and black magic.

The use of Tulsi beads is thought to purify a person's mind, body, and spirit. It emits positive vibrations in a person's aura and aids in the removal of all bad energy. Wearing a Tulsi mala improves concentration and helps the wearer overcome health issues. The wood in the beads is also good for your skin. It is said in the Skanda Purana that it cleanses the bearer of his or her worst sins.

According to popular belief, Lord Vishnu has stated in the Vishnu Dharmaottara that anyone who wears a Tulsi mala, even if he is dirty or of terrible character, will undoubtedly attain the Lord himself. Wearing a Tulsi garland puts the mind and body in sync.

This puts pressure on some of our body's most significant acupressure points, which helps to relieve mental tension. It enhances the flow of electric electricity throughout the body when worn. Due to the emission of electromagnetic waves, wearing a Tulsi Mala helps to increase blood circulation in our bodies. Tulsi is a lovely choice of material for Mala beads because it encourages purity and lightness, and it is known for its capacity to restore balance and harmony to the body, according to Ayurveda. The Tulsi Mala beads are easy to use and carry because the Tulsi seeds are small and light.

Highlight On The Advantages Of Wearing Tulsi Mala

The Mala can bring calm and health into the wearer’s life. It also ensures that spiritual purity is maintained while warding off evil spirits. Tulsi is most commonly used to worship the Lord Vishnu, Krishna, and Balram. It can help keep the wearer against throat illnesses at bay, according to Ayurveda. Purification of the body can help to keep diseases at bay. Furthermore, it assures that you have peace of mind while avoiding tension.

• Kidney problems can be avoided by wearing the original Tulsi Mala.

• One of the numerous advantages is that it removes toxins from the nerves by lowering blood cholesterol and blood pressure.

• Wearing the garland ensures that the mind and body are in sync. However, it can ensure the formation of pressure on some of the body's most critical spots.

• Original Tulsi Mala Shop's tulsi malas might help to relieve mental stress. Wearing it can also help to increase the flow of electric electricity throughout the body. Wearing the Tulsi Mala, on the other hand, can improve your general blood circulation while also releasing electric waves.

One must first present Tulsi mala to Lord Vishnu before wearing it. After that, the mala must be cleaned with Pancah Gavya before reciting the ‘mula-mantra.' This is followed by an eight-time recitation of the Gayatri Mantra. The Sadyojata mantra must next be said. After completing all of these steps, recite the mantra to thank Goddess Tulsi and ask her to bring you closer to Lord Vishnu. Though there are differing opinions on when the mala should be worn and when it should be removed, it should not be worn over the neck. Many people think that the Padma Purana has laws that state that this mala must be worn at all times, such as during morning ablutions, or whether the wearer is bathing, eating, etc., and that it must not be removed.

How to Use Tulsi Mala for Japa