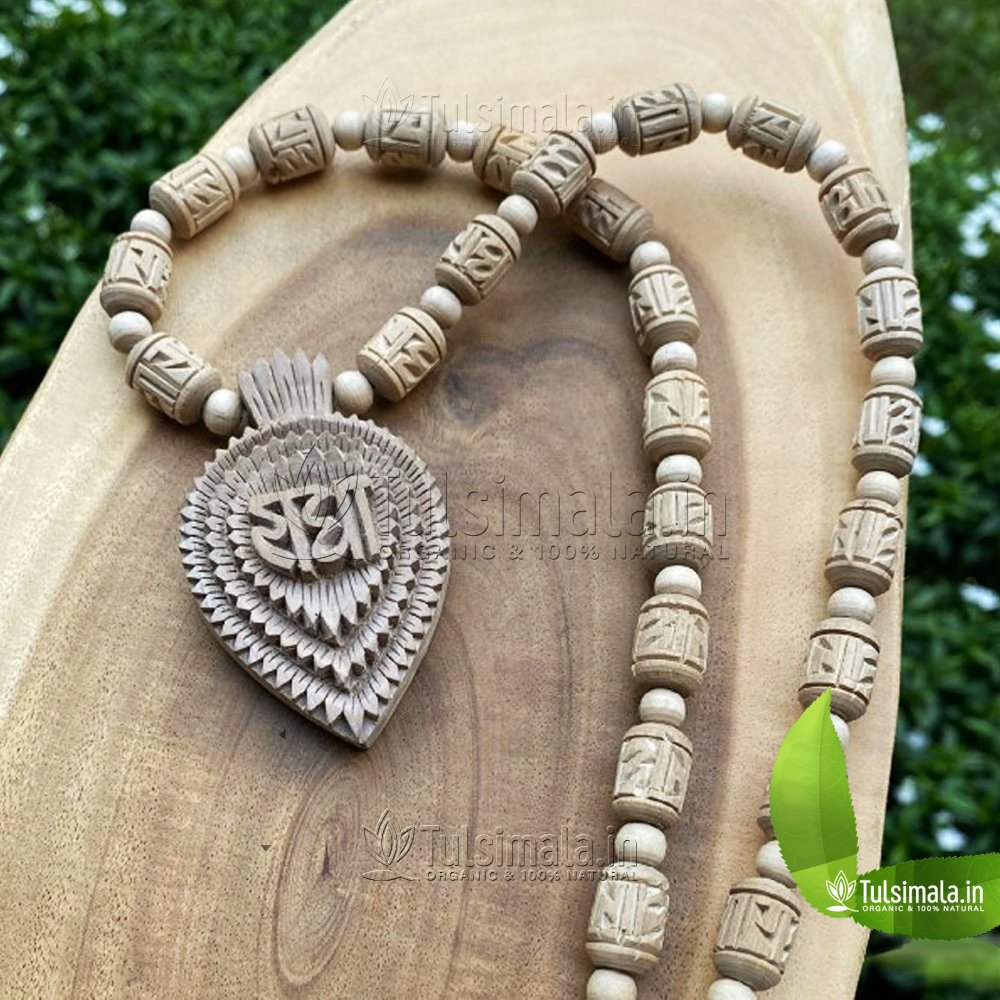 There are different importance and benefits of wearing Tulsi Mala. Tulsi plant is considered divine in Sanatan Hinduism. It is a sacred plant. Due to this, the house remains pure, as well as Tulsi is considered as nectar in terms of health. Tulsi plant also has spiritual significance. This plant is worshiped among Hindus. According to Garg Samhita, Goddess Lakshmi resides in Tulsi. When Lakshmi Mata was born on earth as Radha Rani, her first name was kept as Vrinda i.e. Tulsi. Later, due to the fall of Radha Rani's feet, Tulsi plants grew on the barren land and became her forest.
This place is still in India today and it is known as Vrindavan. Vrindavan was formed when the entire city of Gokul was burnt to ashes due to the wrath of Kansa. After this, Vrindavan was established by Radha Rani at the request of Krishna ji. On the basis of this belief, Tulsi is worshiped in the form of Goddess. Let us tell you that the importance of Tulsi is so much that Lord Vishnu does not accept Bhog without Tulsi.

You must have heard the story of basil leaves. But the wood of the Tulsi plant is also of no less importance. Pearls are made from them and Malas are made from those beads.
Tulsi beads also have great importance in Hinduism and Ayurvedic medicine.

There are two types of basil. Shyama Tulsi and Rama Tulsi. Both have different importance in terms of religion and health.

But if you believe in Vastu, then let us tell you that in Vastu too, a lot of importance has been given to the Mala of Tulsi.Wearing a Tulsi Mala not only increases the faith in God but also increases the positive attitude in your mind. Not only this, but you also get material happiness and you also make a lot of progress in the field of work. So today we tell you some such Vastu tips related to Tulsi Mala (Benefits of wearing Tulsi Mala) which will be very useful in both your professional and personal life.

Why you should worship the Tulsi plant and Tulsi Mala?

There are Many Benefits of Wearing Tulsi Garland, There...

How chanting affects the functions of your Brain?

Why are Tulsi and Rudraksha not worn together?

How to wear tulsi mala and which mantra should be spoken