The benefits of Tulsi Japa Mala are Countless 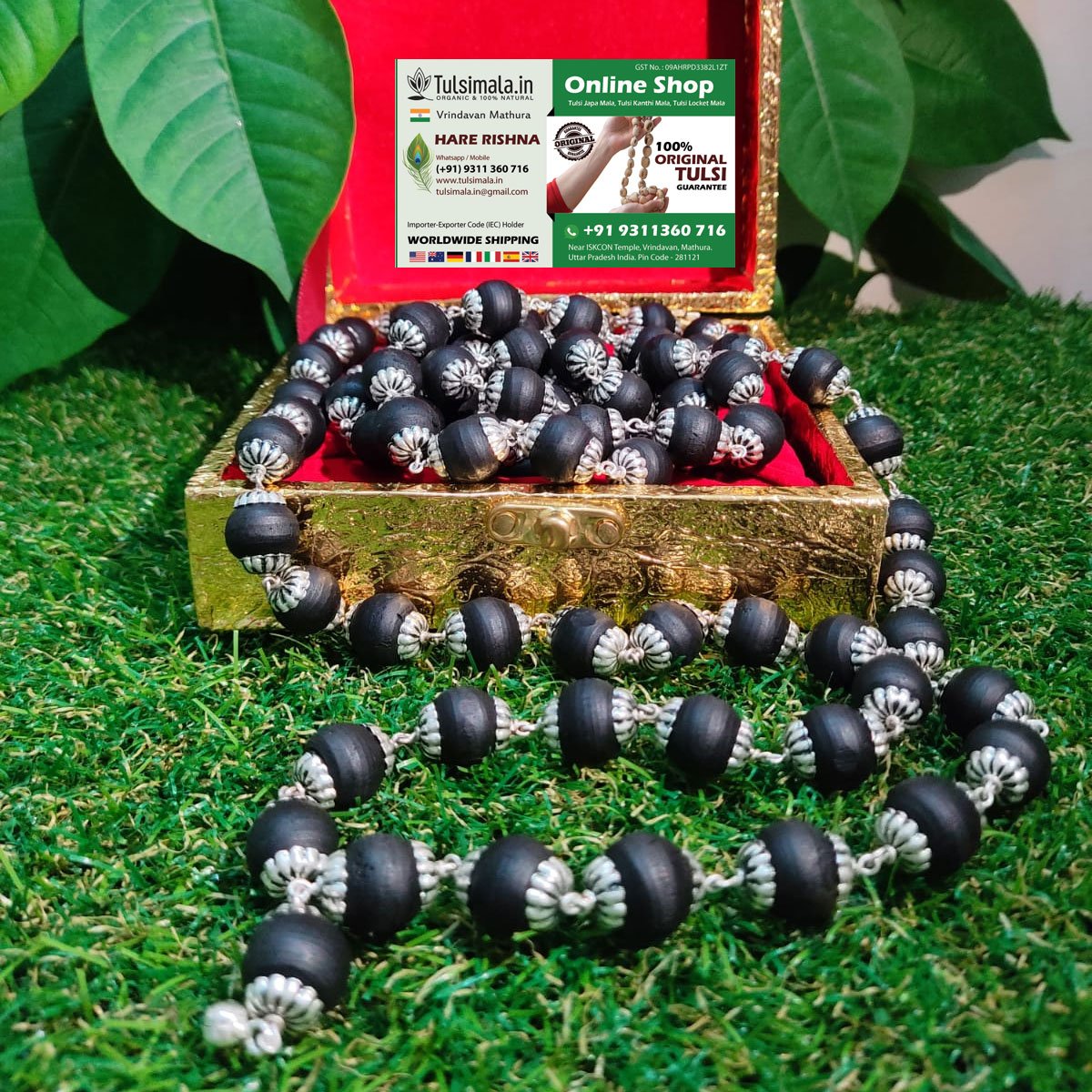 The rosary is a means and means are required for cultivation. Cultivation does not begin without means. Chanting Mala has religious significance as well as health benefits. While chanting the rosary in the hand, meditation is less distracting, so Gurudev asks his disciple to chant with the garland in his hand. But as the chanting continues in the heart, chanting continues with every breath, then there is no need to count and the need for the garland also disappears.

Also, different garlands have different uses. The garland also has its utilities such as chanting the garland with the middle finger and thumb executes the brain waves. Let us know other benefits of chanting Mala…

. Householders should not chant Tulsi garland. It is said in the Padmapuran that holding a garland of Tulsi in the neck and eating food gives the fruits of Ashwamedha Yagya. Taking a bath in a tulsi garland around the neck gives the fruits of bathing all the pilgrimages. If a Tulsi rosary is in the neck at the time of death, then the seeker attains salvation. Tulsi rosary has been told to worship Lord Vishnu, Shri Krishna.

What is Chanting Rosary

A prayer bead commonly used by Hindus, Buddhists, Jains, and some Sikhs in Sanskrit known as chanting is a string of a prayer bead string. It is usually made up of 108 beads, although other numbers are also used. The garland is used to keep the count at the
time of repeating, chanting, or mentally repeating the name or names of the mantra or deity.

Process of making a garland

Garlands are made from the wood of the basil plant. By the way, there is also an electronic machine for making garlands, from which dozens of garlands can be prepared in a day, but Ramu Das believes that the pleasure and importance of making garlands by hand are different. Basil made by hand is more effective. However, only one garland is ready by hand in three days.

For this, the first one has to peel the wood of the basil plant. After this, he has to cut 108 small pieces. Every piece has to be pierced and a garland is made by threading those pieces into threads.

Use of Japa Mala (chanting rosary)

The mantras are usually repeated a hundred or thousands of times. Mala is used so that one can focus on the meaning or sound of the mantra instead of counting its repetition. There is usually a repetition for each bead rotating the thumb clockwise around each bead, although some traditions or practices may call for counterclockwise motion or the use of a specific finger.

When someone reaches the main bead, turn the rosary and start again from the opposite direction. There are usually knots between each bead. This makes it easier to use the garland as the bead will not be tight on the wire when using.

If more than 108 repetitions are to be performed, rice grains are sometimes counted before chanting and grain is placed in the bowl for every 108 repetitions in Tibetan traditions. Each time a repeat of the entire garland is completed, a grain of rice is taken out of the bowl.

Often practitioners add additional counters to their rosary, usually in ten strings. Depending on the tradition, they can be placed in different places, For example, some traditions place these stars after every 10th bead. This is an alternative way of taking care of large numbers, sometimes going into the hundreds of thousands and even millions.

The 10th bead on the rosary is called Sumeru, Bindu, Stupa, or Guru Bead. The count should always begin with a bead next to Sumeru. In Hindu, Vedic tradition, if more than one repetition garland is to be performed, the person changes direction when he reaches
Sumeru instead of crossing it.

There are several explanations as to why there are 108 beads, of which the number 108 beads have special religious significance in many Hindu and Buddhist traditions.

Thus when we read or recite the number 108, we are actually remembering the whole universe. It reminds us of the fact that the universe itself is omnipresent, it is the innate nature of itself.

Keep these precautions while chanting the garland!

There are different ways of praying to us, sometimes with simple words, sometimes with kirtan, and sometimes with mantras. Among them, mantras are considered to be the most effective, because they concentrate the mind immediately and give immediate effect.
Each mantra produces different effects and power, so different types of garlands are used to chant the mantra.

There are different ways of praying to us, sometimes with simple words, sometimes with kirtan, and sometimes with mantras. Among them, mantras are considered to be the most effective, because they immediately concentrate the mind and give immediate effect.
Each mantra produces different effects and power, so different types of garlands are used to chant the mantra. By doing this, you can get the benefit of the power of different mantras.
The garland is also used so that the number of chanting of Mantra is not corrected. The beads placed in the rosary are called beads. Normally there are 108 beads in the garland but sometimes there are 24 or 56 beads in it. 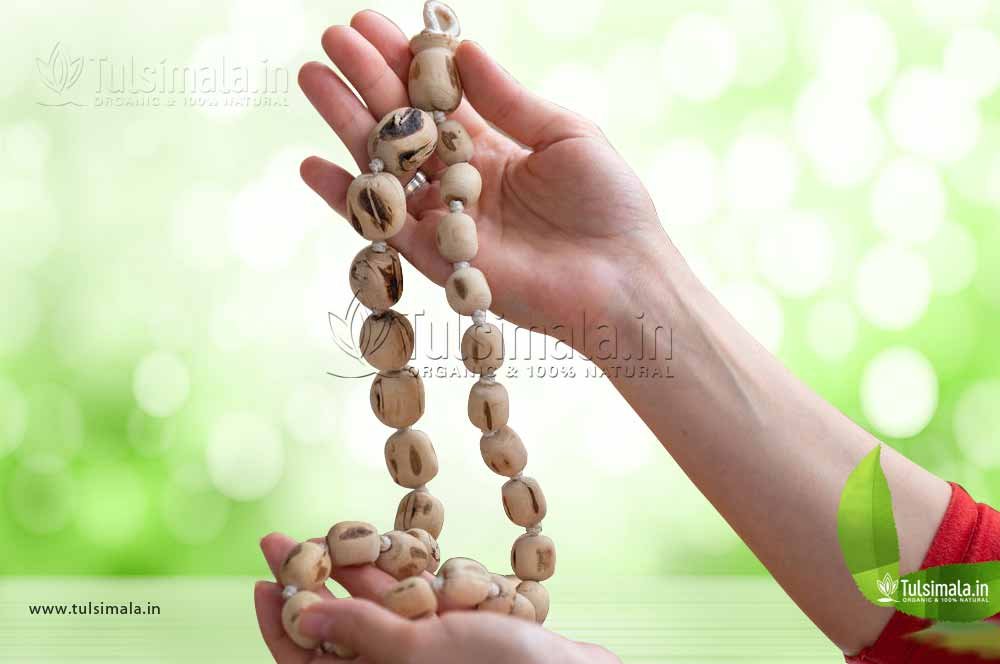 How to use Tulsi Japa Mala | How do you use a Japa mala?

How To Make Tulsi Mala at Home Know Rules

The Best and Easiest Type of Meditation